Apparently, New York City is losing the war against…rats. With budget cuts on the horizon, officials are worried that the rats will gain the upper hand.

At least the city managed to get this one. I found it in Red Hook two weeks ago. Of course, it could have died of old age. How would I know? 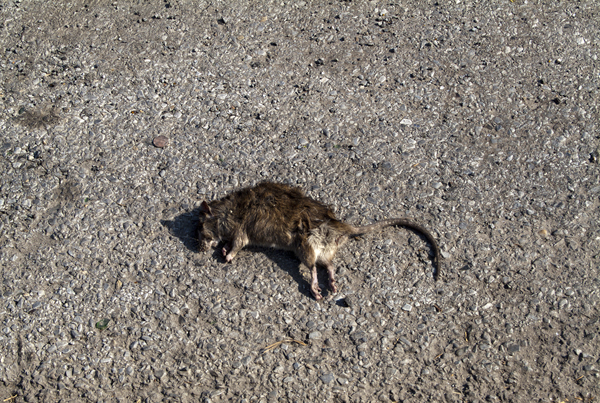 As an aside, Archie (luckily) took no interest in the rat.

UPDATE: No sooner had I posted this than I had another personal encounter with a rat. On my way home, I was standing on the subway platform when a girl screamed and lo and behold a large rat ran down the length of the platform as people jumped out of the way. Now, I’ve seen rats on the tracks before, but never on the platform itself. It brings to mind this video of a rat riding the rails — inside a subway car. Might be time to start carrying a sharp stick on the subway.