A Tale of Two Cities

One of the earliest forms of graphic design in my mind is cartography. An elegant production of visual communication that has been refining itself since the dawn of man. Yeah, I like maps.

This past spring here in New York City, the MTA unveiled a new subway map, the first update of the map since 1998. And while the map has been reviewed in the press, as a designer, map lover and most importantly as a rider, I wanted to give my thoughts. 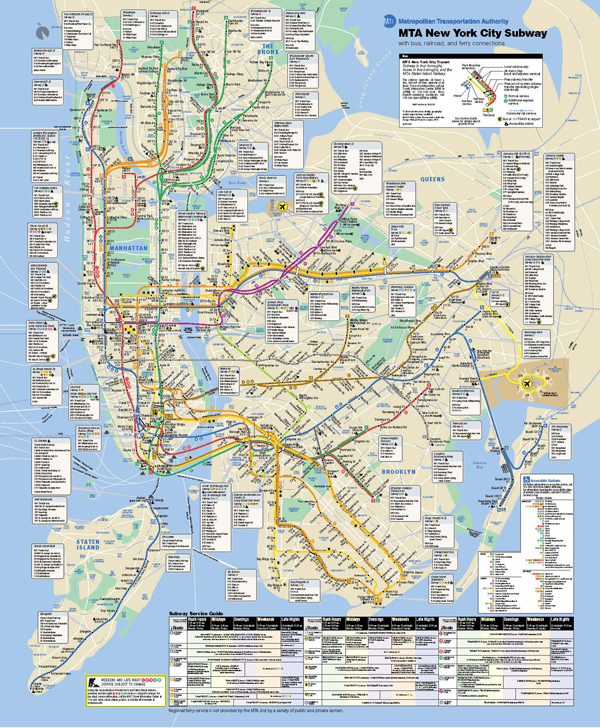 The old subway map suffered from an overwhelming amount of information some of which was really unnecessary for most riders. For example, the bus information always was an annoyance to me. It’s always just served as clutter the map. 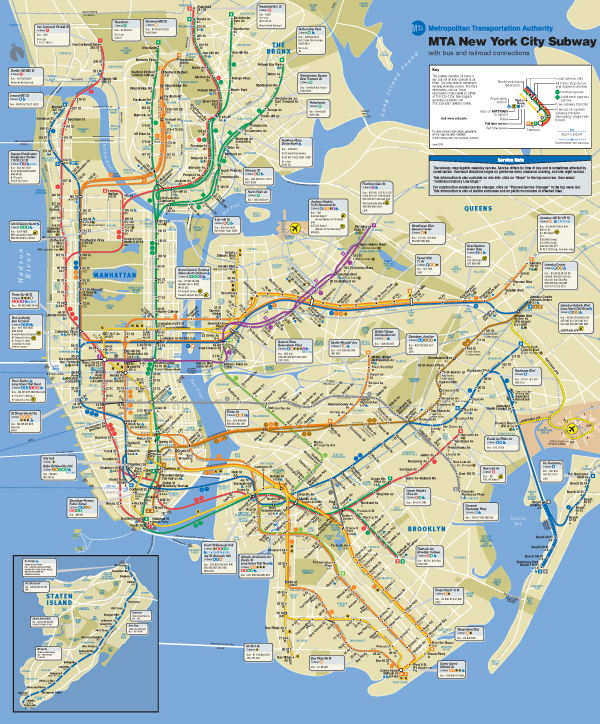 One striking thing about the new map is the decision to reduce the size of Staten Island in relation to the other boroughs. This allows the other boroughs — where most of the trains (and people) are — to be enlarged. Apparently, there was some uproar about this decision, but personally, I’m fine with it. Guess what? I’ve lived here six years and never met anyone from Staten Island. All the other boroughs? Yep, lots of people, lots of times. In fact, I’ve never even been out to Staten Island. Maybe someday I’ll go, but I’ll probably take the ferry. Reducing it’s prominence on the map — even if the geographic proportions are not accurate — is a good design decision.

A large portion of the distracting bus route information has also been removed which I whole-heartedly approve of. It allows the map to focus on it’s main goal — the subway system.

One thing I don’t like about the new map is the color change for the parks. They’re no longer a true green and are much more subtle than in the previous map. The colors of the parks and the surrounding city are so similar as to make the parks almost unnoticeable. While I like maps, I also like parks and since many of the viewers of this map are tourists, I would think the city would want to highlight the green spaces.

——————–
Update: I’ve noticed that the version of the new map that actually is posted in subway cars contains even less of the pop out bus information boxes making for a cleaner (and clearer) presentation.