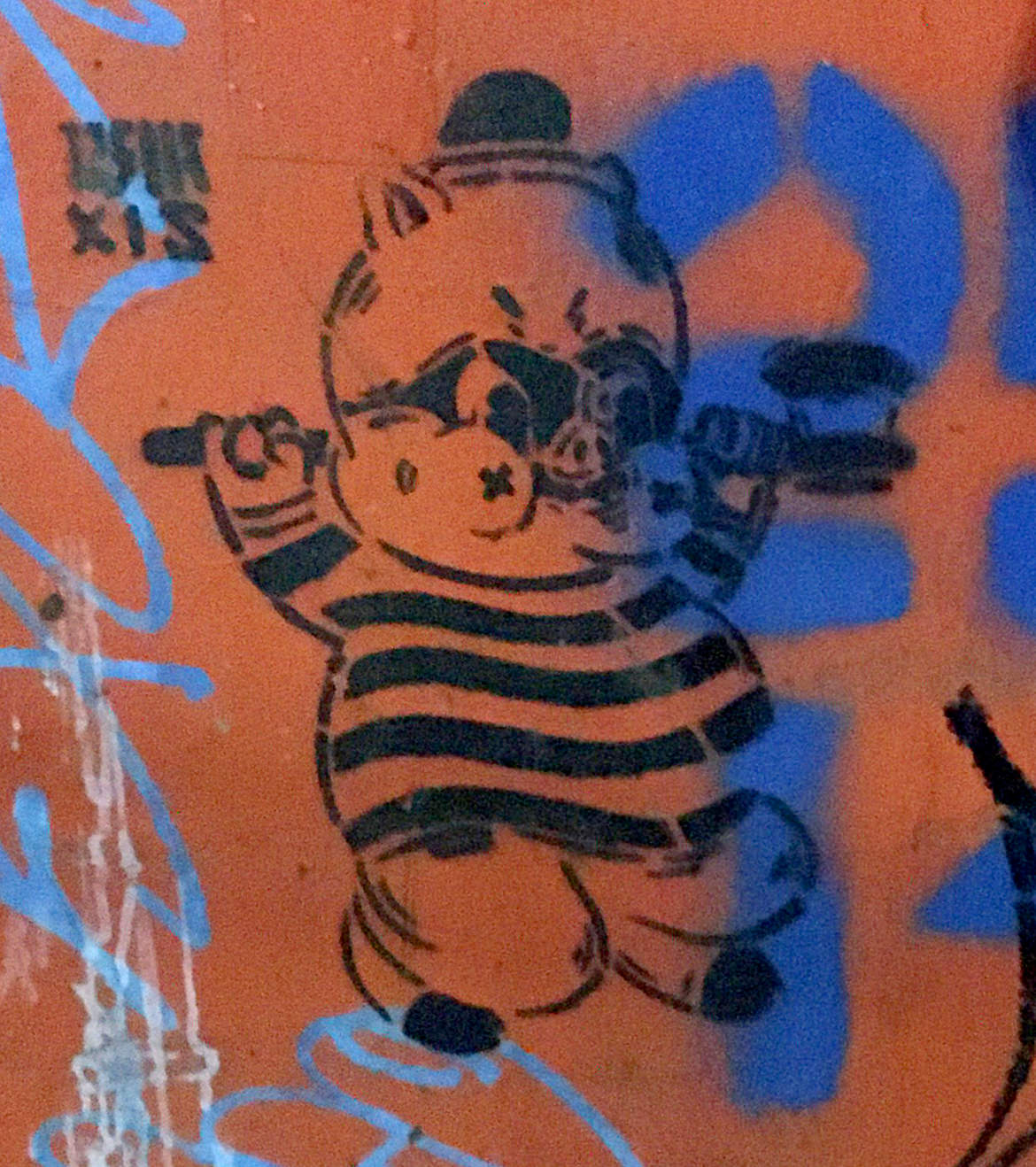 An interesting stencil of a crooked pig (mask, stripes) holding what I think is an axe across his shoulders. 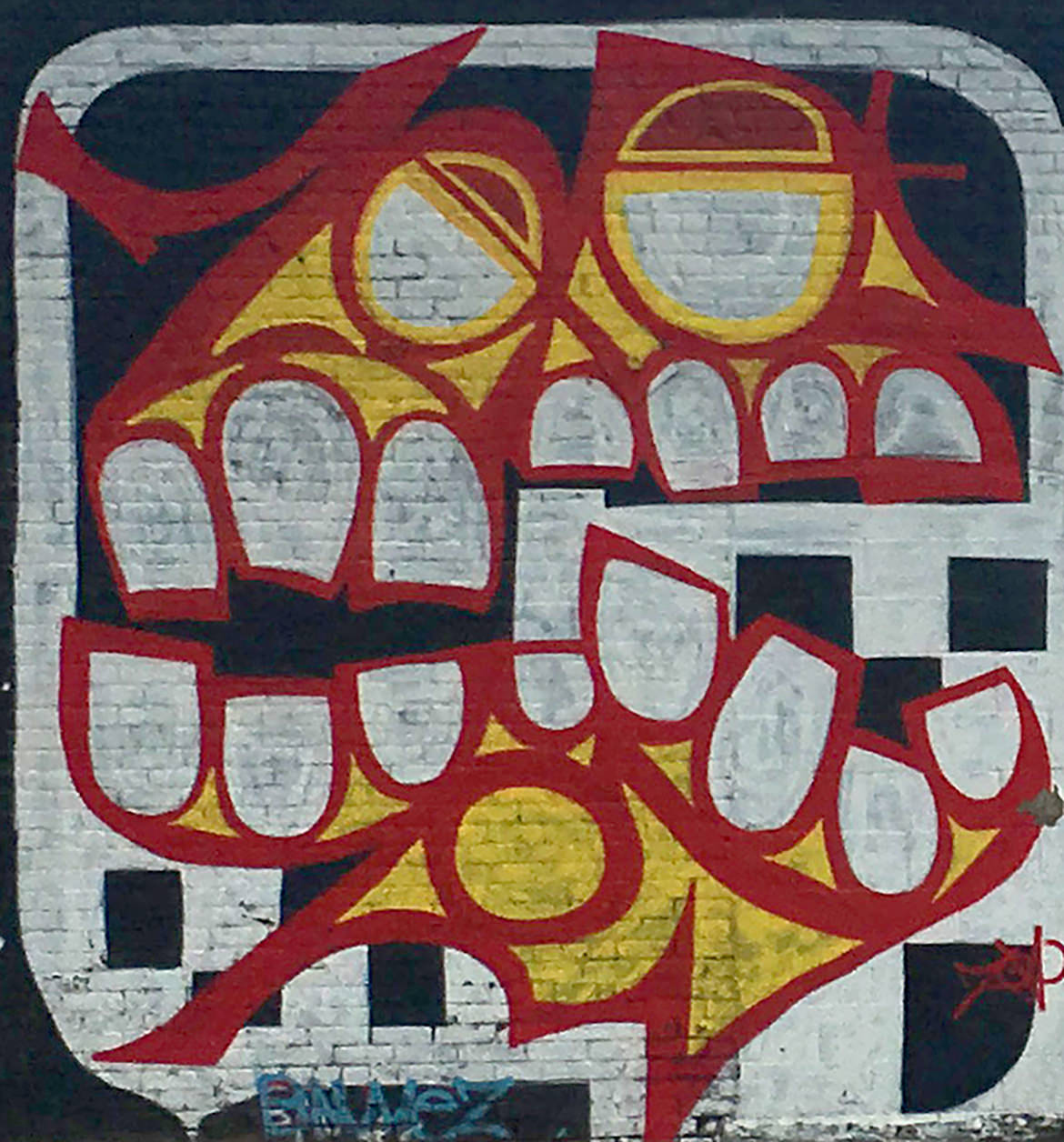 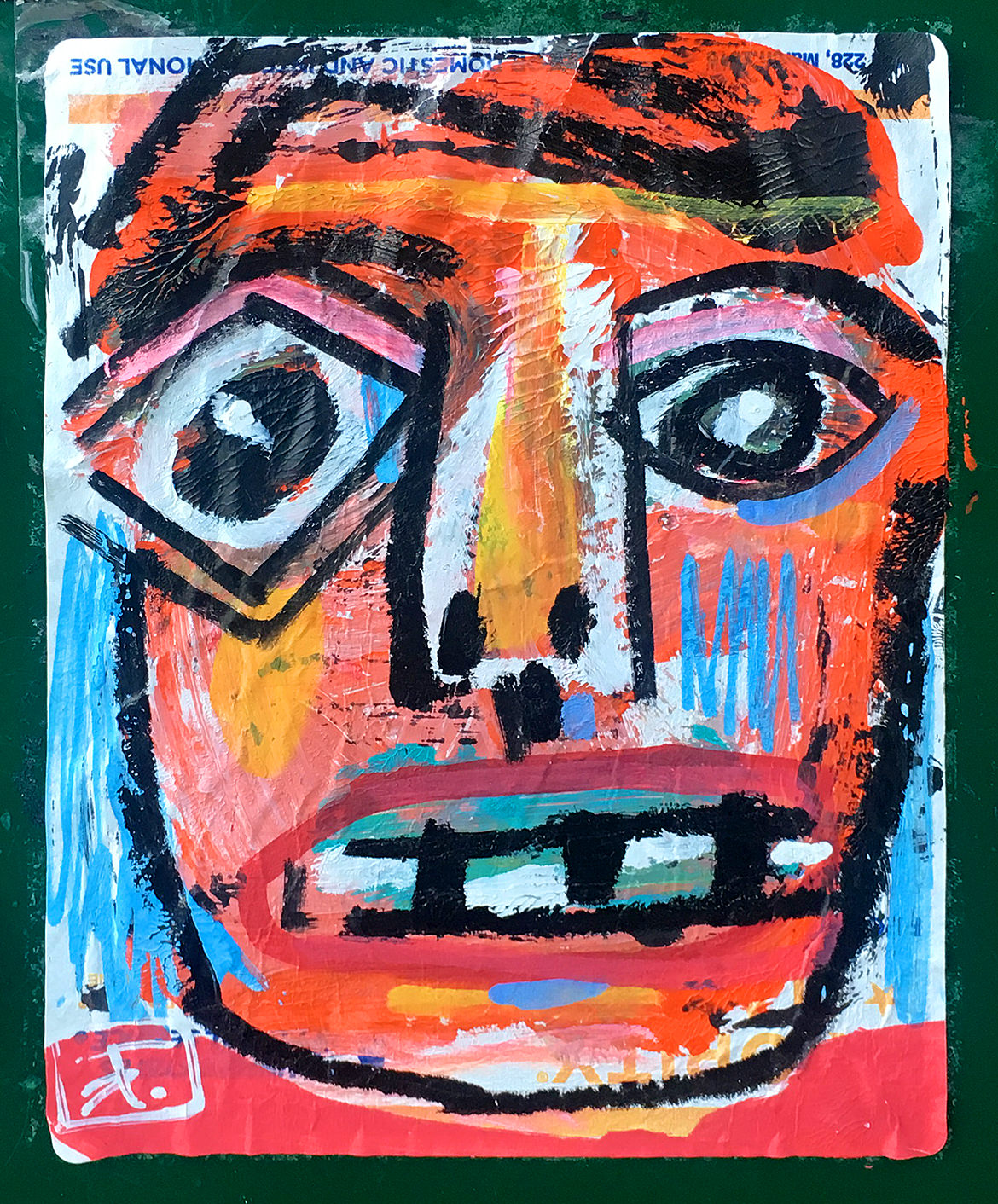 A colorful painted face with just a touch of abstract line work. Painted on a postal address label. It’s an old school graffiti canvas material (as it’s free and easy to share). 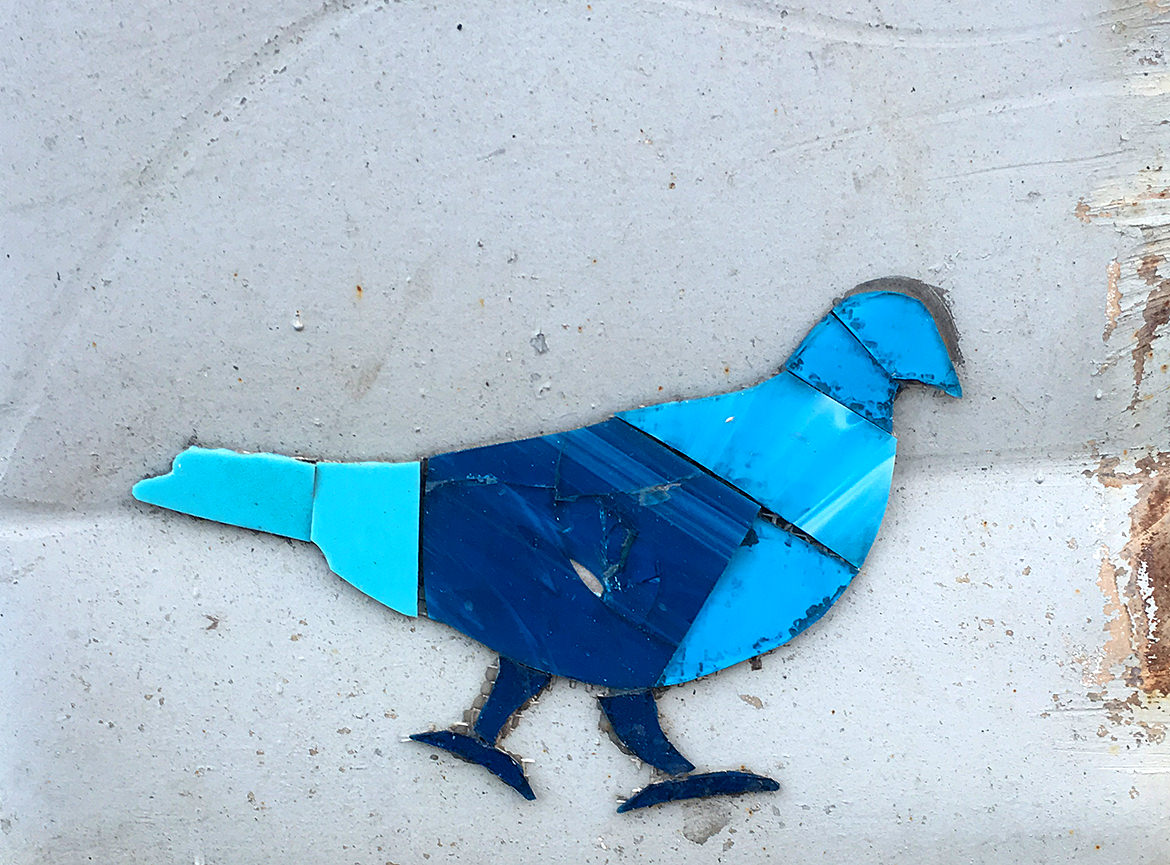 A life size pigeon mosaic in blue plastic or tile. It’s stuck to the bottom of a light post which gives it the appearance of walking down the street. 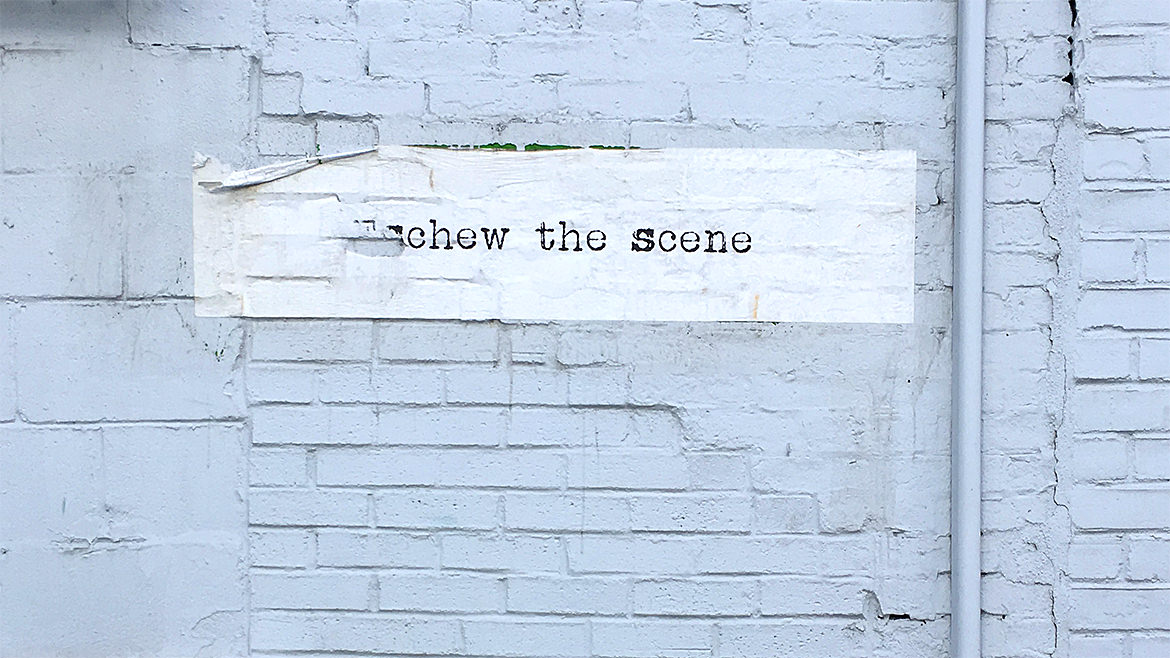 Another paste up from the same artist as this one and these. You don’t hear the word “eschew” used much these days either. 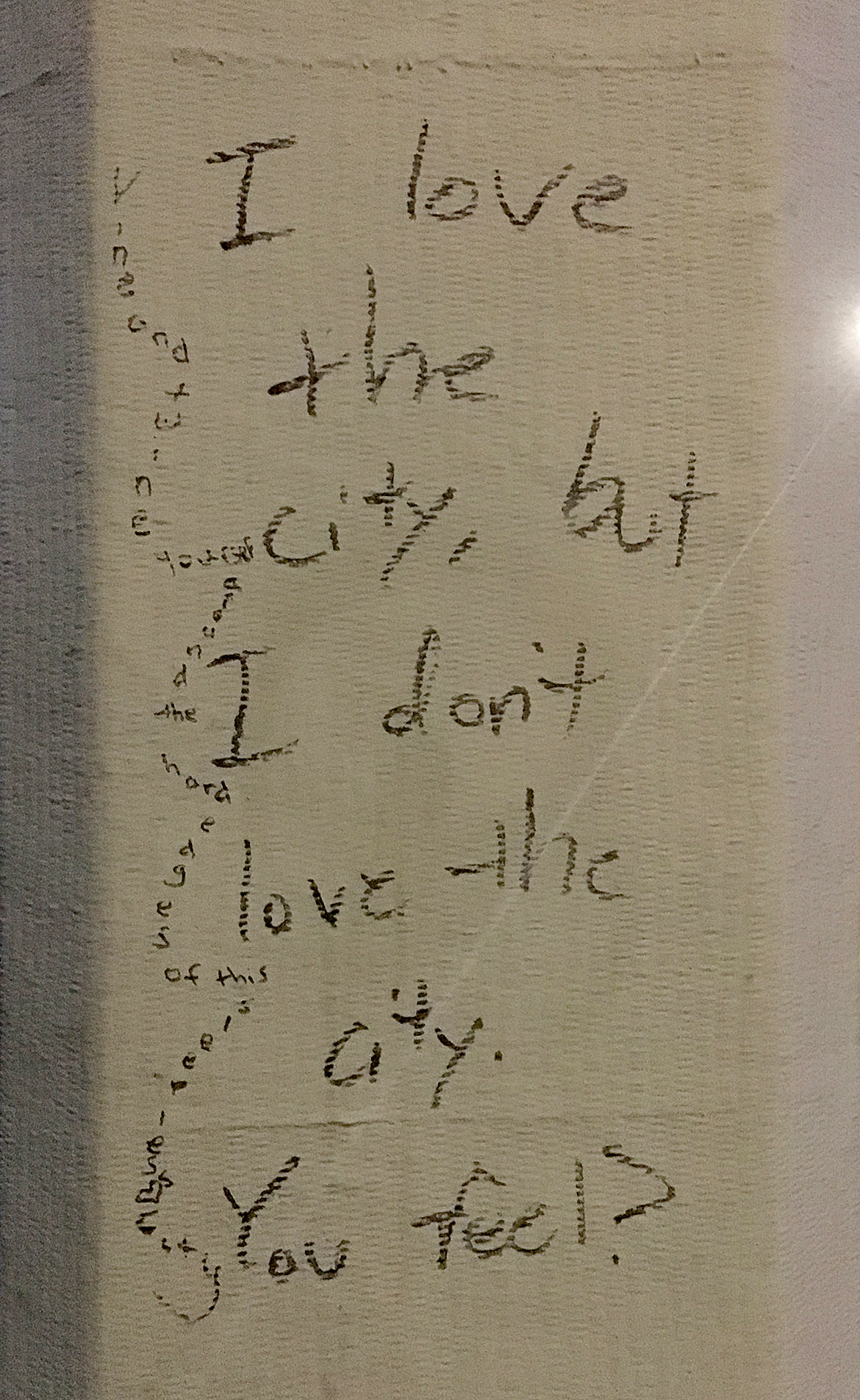 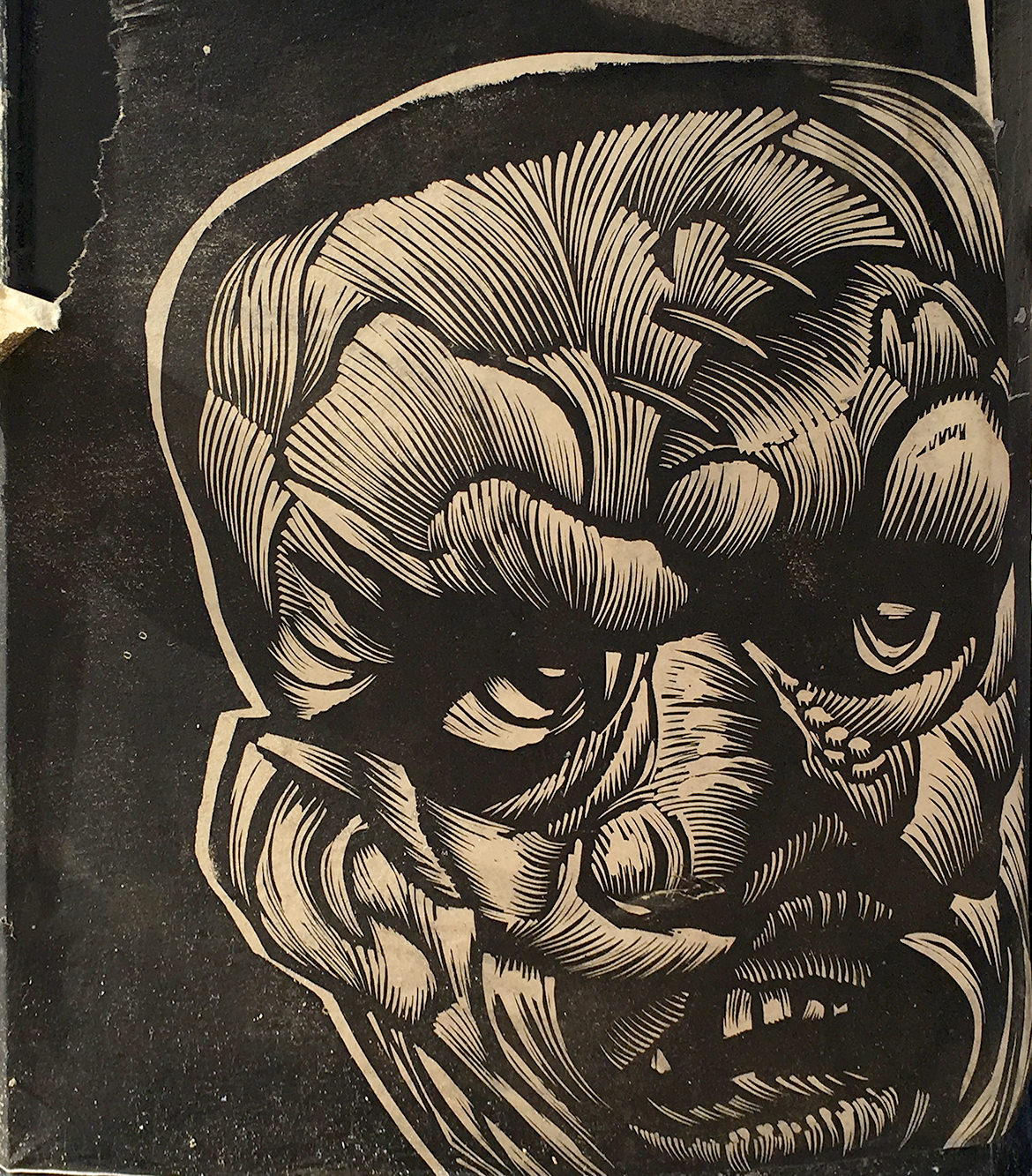 Here’s a scary thought for the season: What if president Nixon came back from the dead? As a Frankenstein monster? Sort of a Frankenixon. Anyway, that’s what this illustration reminded me of. Love the scratch board style and the yellowed newspaper tone. Plus, the placement makes it look like he just jumped (lurched?) out at you!