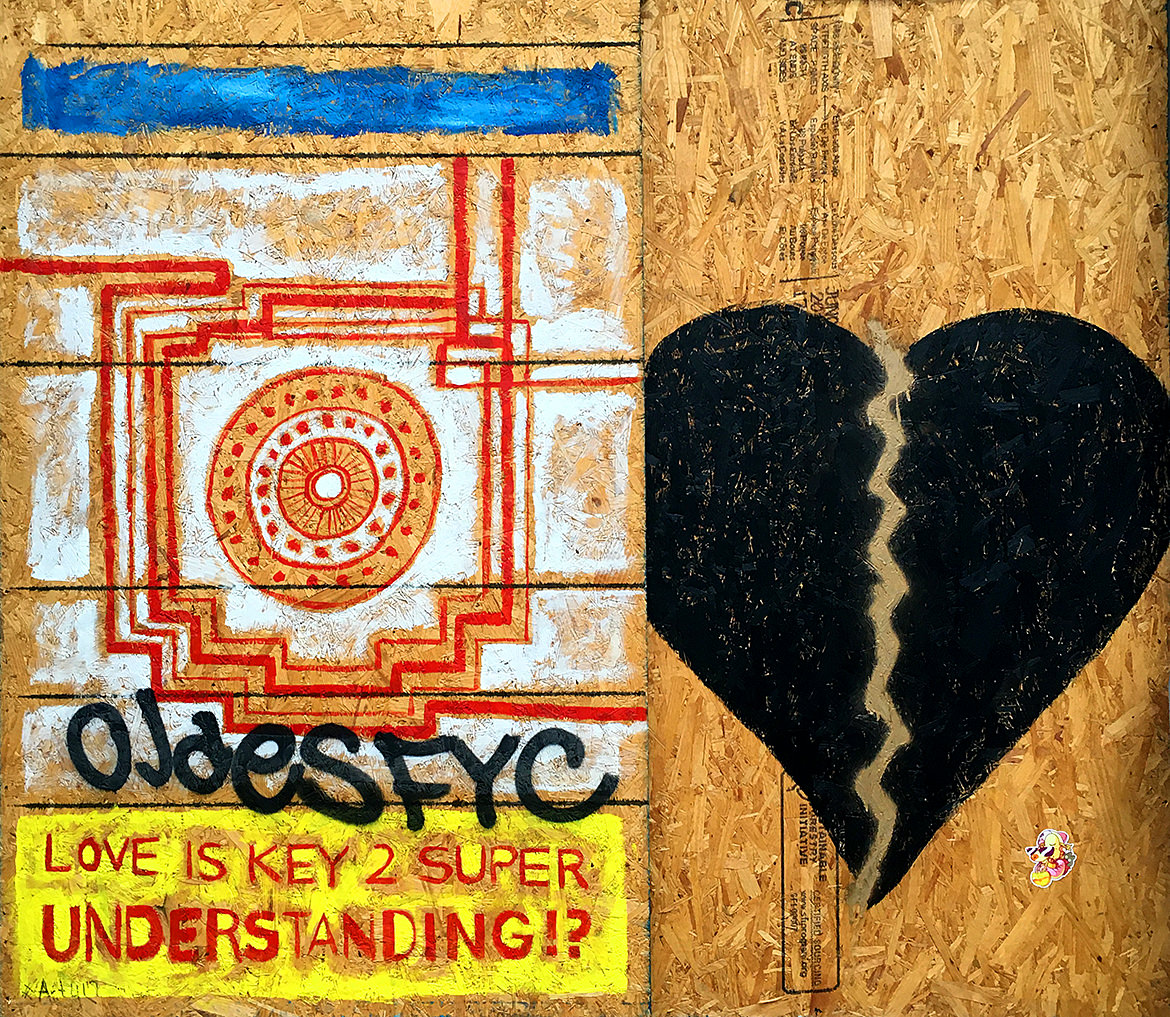 One final piece from this pandemic plywood series. This one with a mix of things going on — the blue cover up, the pattern, the tag overlay, the phrase (stenciled?) and the broken black heart. A good use of the plywood as a reversed color in the pattern versus the heart where instead of drawing two halves, it’s a single heart split with gold. Perhaps that’s the whole point — the pattern of whole things broken and super understanding. 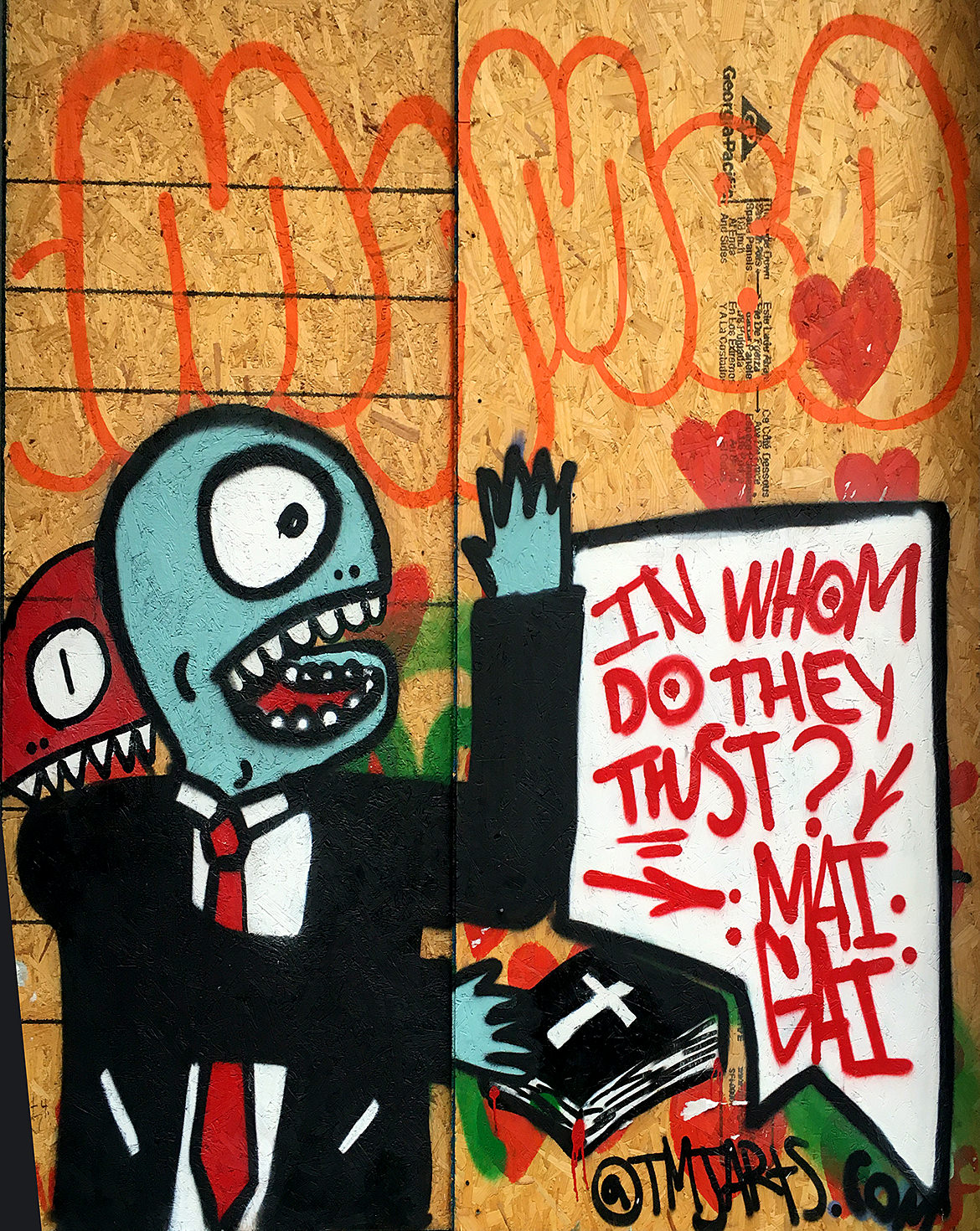 Another plywood piece from a boarded up storefront. Appreciate the question and think it’s interesting that the it’s covering the hearts. @tmjartscollective

We All Need Change 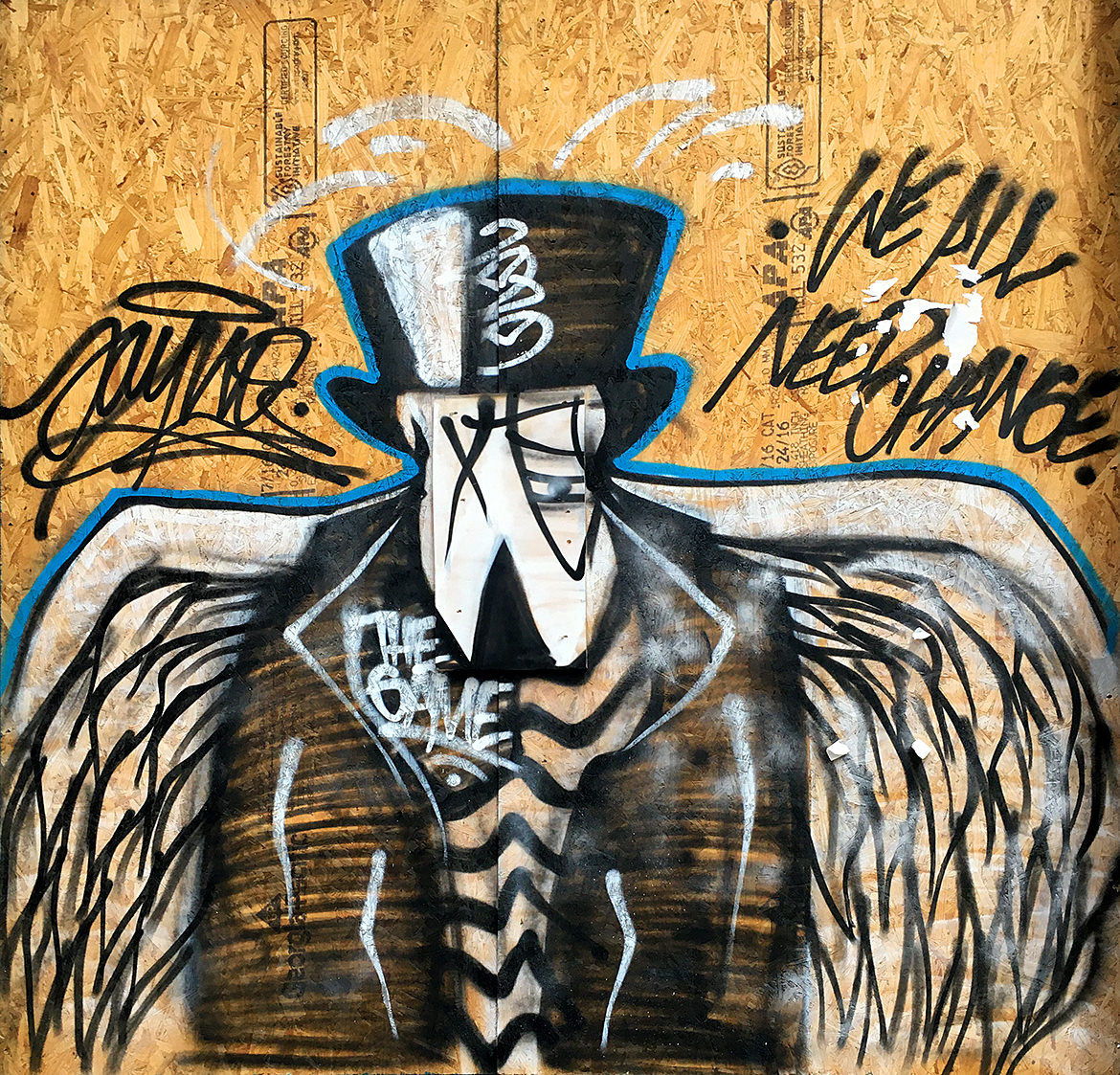 The pandemic provided fresh new canvases along with the quiet streets to paint. This piece is a bit sinister as it conjures the grim reaper, the angel of death calling for change. But change is often hard and we do resist. Perhaps that’s why the call comes from the dark. And is that a monocle? Somehow my brain says yes.

A very nice single line piece with all the fluidity and style you could hope for. Look again to see all the details. Single line work like this has a confidence in vision. It’s like the city is reclaiming itself.