R is for Red Hook 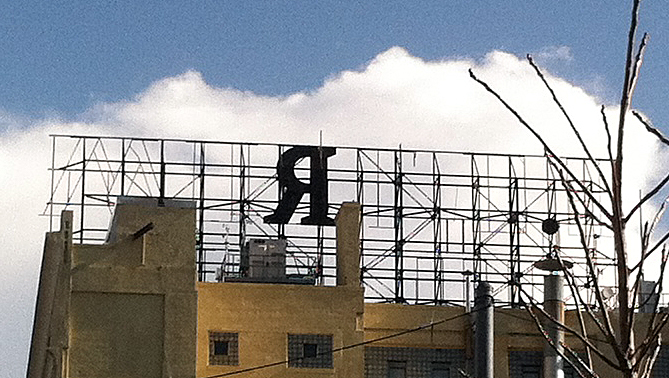 There’s something at firs odd, but then somehow comforting in this sign. The angled background shape and highly italicized “super” sans-serif typeface contrasting with the old school slab serif “P” with the heavy drop shadow. Plus the white shape being corner cut to match the angle of the black background. It’s all a little bit circus and a little bit modern. It’s a little bit country and a little bit rock ‘n roll.

Spelling and Type as Branding 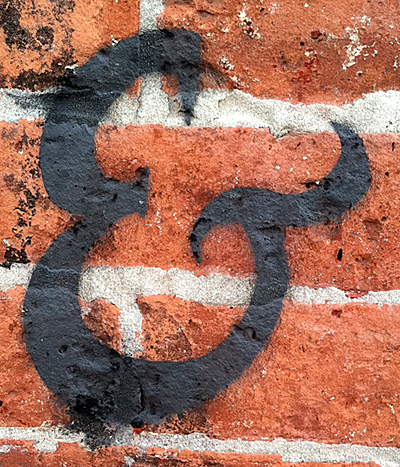 The coolest punctuation mark in the alphabet as a stencil in black spray paint. With very nice curves too. South Brooklyn.

Back in the day (okay, way way back), all signs were hand painted. This one is surviving (barely). I’m not sure if it’s the deterioration or the painting itself, but the letters seem to have a wobble or tilt to them. It’s like the baseline for each letter wasn’t level. 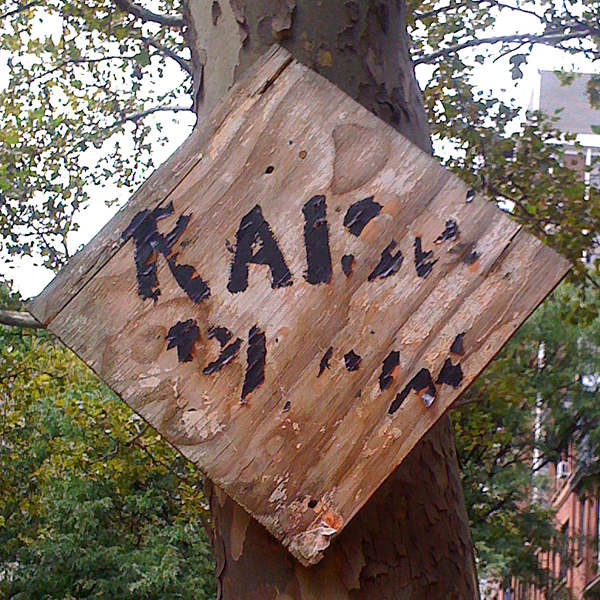 This is one of the most worn out signs I’ve ever seen. What’s the point? Obviously, it’s not doing anyone any good. Can you decipher what it says?

Of course, I do like the way the letter forms have deteriorated into something completely different from their original intended meaning.

Previously, I wrote about when restaurants mix and match different types of cuisine and the concerns it raises — culinary, political, financial, etc.

No need to rehash the issue, but my sister pointed out this fantastic example which I feel compelled to share.

I think this is not only a bad culinary idea, but is a concrete example of the dismal state of the American economy right now. I mean, you’d have to be financially desperate to add Indian food to your pizza joint, right? It might be different if it was just an Indian restaurant that had their own culinary take on pizza — maybe with Naan for the crust. But look how the sign is set up — “snappy’s” is set in a serif font, “pizza” is set in a sans-serif, and the “indian cuisine” part is sans-serif italic and slapped in the middle of the two as an after thought. No matter what the food is like, typographically it looks like financial disaster.

I promise to try the food. Really. Besides, its very close to the liquor store in case things go horribly wrong.