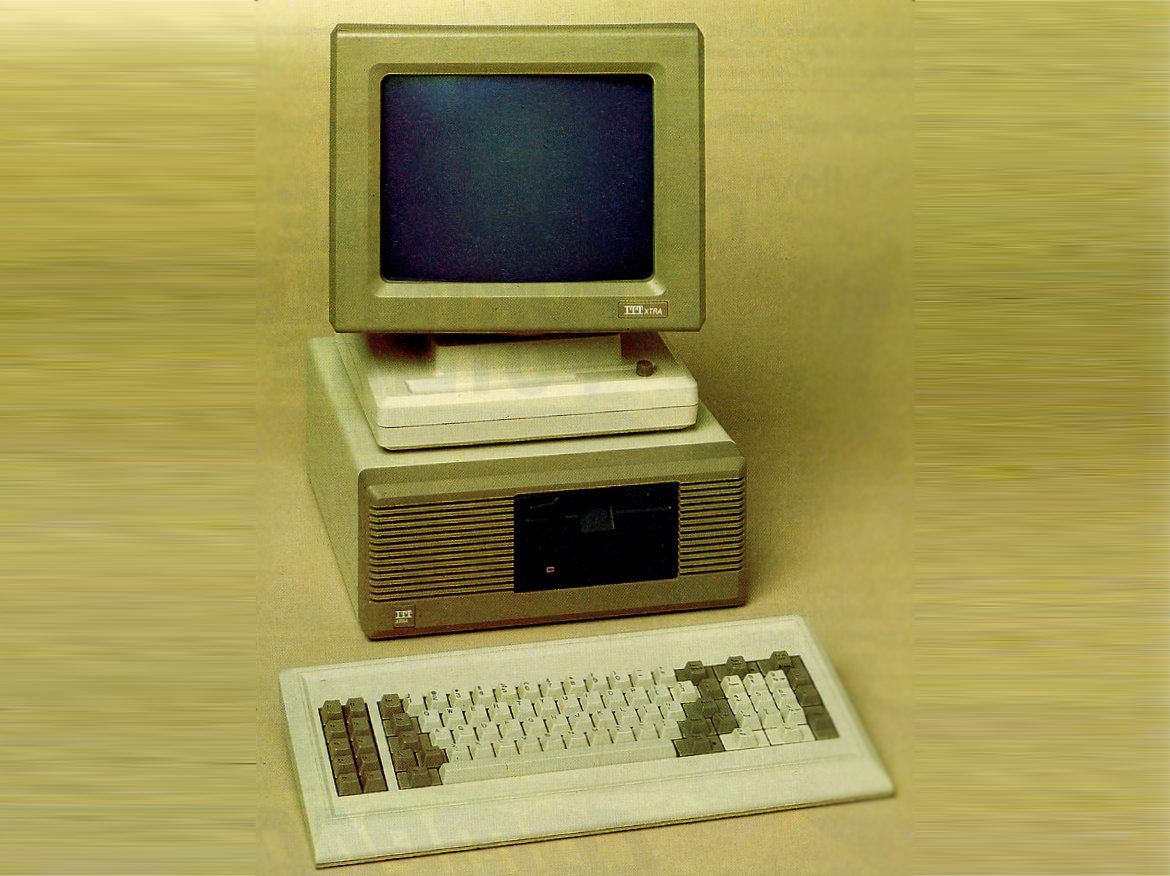 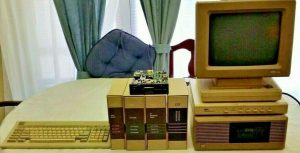 In these heady days of web design and development, with multiple screen sizes, tablets and smarphones, it can be difficult to get proportions and spacing correct. Of course, one would expect a major retailer to have the resources (and care) to get it right. This screenshot was taken on my laptop with a resolution of 1440 x 900 running Firefox 5 on OSX. Nothing too crazy in terms of a web user profile.

Beyond any aesthetic issues with the check box label being too far to the right, the functional issues (or non-functional as the case may be) are what should be of primary concern here. I suspect many users would stumble over connecting these two parts of the form. If it takes folks an extra few seconds to fill out your form, it takes away from the shopping experience and therefore it impacts your brand.

Will it take away from sales? Maybe not initially. I certainly continued with my purchase, but if users are left remembering that the checkout process was annoying, weird, or heaven forbid, difficult, they may be more likely to head to your competitor’s better designed site.

Small improvements can build up to increase satisfaction and in this case, it seems like an important (and easy) fix – especially as this is one of the very last steps in the check out process – right before you click the “purchase” button.

Seems simple enough – in both common sense and in design – but the evidence is clear.

You Can’t Go Wrong With Robots – Part One

It’s an old motto that, the more information you can give a designer, the better the final design will be. This is especially true in the case of the audience. One of our key audiences, which is near and dear to my heart, is the video game community. I’m of the generation that came of age with the Atari 2600 and hung out in dark arcades dropping quarters, so it’s an audience of which I’m a member. Designing for yourself is always fun and whenever I get a project targeting at gamers I dive right in.

There are a few things that will always peak the interest of a gamer and at the top of my list is robots (others include ninjas and monkeys — both completely viable options). Access Communications hosts an annual party at the gaming industry’s biggest trade show E3 and I was tasked with developing some email invitations for the event. Naturally, I developed, designed and wrote the copy for the invites using a robot theme. The key concept of the 2009 invite was that the event would feature alcohol dispensing robot. After a hard day trudging around the trade show, everyone’s ready for a drink and it seemed natural to combine the two ideas. Of course, the whole idea is meant to be taken as tongue in cheek humor — there would be no actual alcohol dispensing robots at the event (but we can dream). The invite was met with success and even got picked up and posted by the online gamer press which is always a good sign.

When this year’s event rolled around, the team and I brainstormed and narrowed it down to two themes: pirates (another gamer fave) and a continuation of the previous year’s robot concept. The pirate theme centered around a skull and crossbones logo I developed (more on that at another time), but it didn’t have a story behind it. Crafting a compelling story is another key to getting the audience to engage and without a story (or time to develop one), the pirate concept got shelved.

I was also completely intrigued with the idea of continuing the robot story from the previous year. It’s rare that we get the opportunity to tell long arc stories and to continue the conversation with the audience. So many projects are just one time affairs soon to be forgotten. For the follow up invite, I wrote copy that directly referenced the previous year’s invite and moved the story forward. The invite was met with a ton of positive feedback and although it did not get picked up by the gamer press, it had a more substantial impact — Access had to increase the budget for food and booze to accommodate the increase in RSVPs.

Here’s sample screens from the two invites and each links to the full invitation: 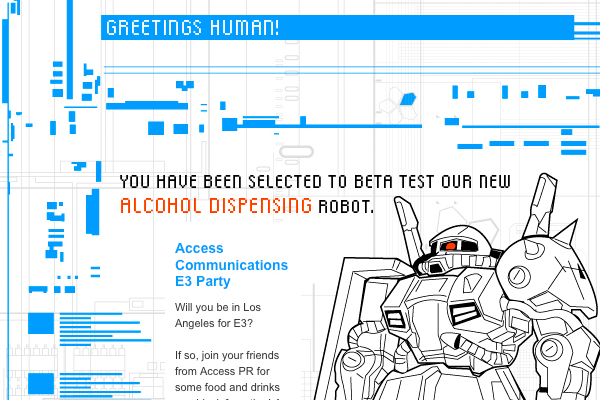 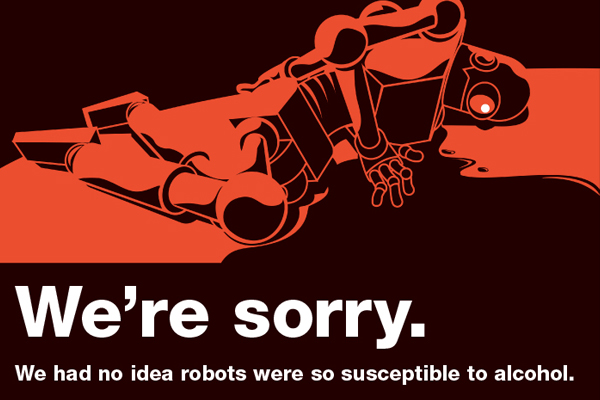 Here’s a few of the comments the team received on this year’s invitation:

Coming in Part Two: What I designed for the events themselves.