Another piece from the deep archives. This is a closeup of a wheat pasted cut out printed on the bottom of a traffic pole. Beyond the glamour of the colors, there’s a distinct attitude in the position of her head and in her eyes. A wariness perhaps as she seems to be turning away but not looking away. Wearing men’s clothes but with red lipstick, she captures (demands?) the masculine without relinquishing the feminine.

Digging through the archives recently and I found this photo of a door from sometime in 2012. I love the minimal pattern, much of it single line, along with the loose flow of the lines. There’s a distinct improvised, on-the-spot feel to the piece. 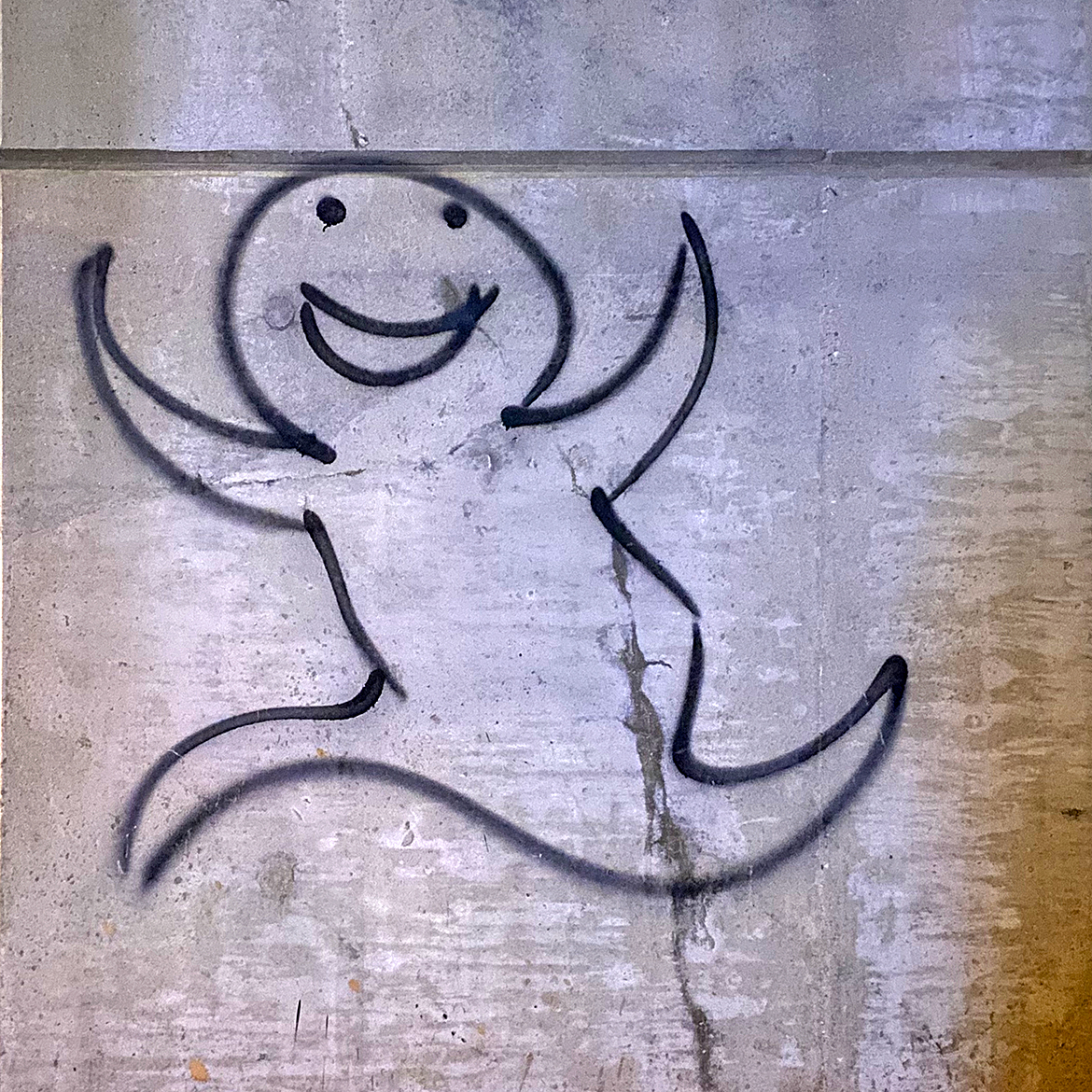 Finally, made it back into the city and spotted this little gem. Confident line work with a great attitude and joy.

There’s a natural ebb and flow to projects. An initial burst of inspiration creating momentum that slowly fades as the hard work and all too often, the insecurity sets in. This is one of those projects.

Originally drawn in 2017, it’s hard to recall the exact source of inspiration, but in hindsight, they seem a reaction to both the political landscape at the time as well as the sugar saturation of skeuomorphism in the standard emoji world. Like in my symbology project, these are a study in the reduction of the extraneous to reveal the core.

I think the other goal, given their simplicity, was always to animate them. The only question, and this is where the project ebb started, was how to best create the animation. And so, what started out as an excuse to learn new software applications — a tedious task which sucked any joy out of the project via frustration — led to stagnation. It was only recently when my web work sparked the idea of animating these via CSS. Now, there was still a ton of learning to do with this CSS only approach, but at least I had a stronger foundation having done it before with small things and these icons are in essence, a gr0up of small things.

Here’s a quick video demo of the animation.

And for those more inclined, here’s a Codepen with all the HTML/CSS.

See the Pen
Unsmilely Icon #1 by strongest (@strongest)
on CodePen.

The full collection on Codepen is available here: https://codepen.io/collection/XjoBzV

Or download the complete set to get the images.